Xenakios has updated the Windows version of HourGlass, a free application intended for radical sound processing. 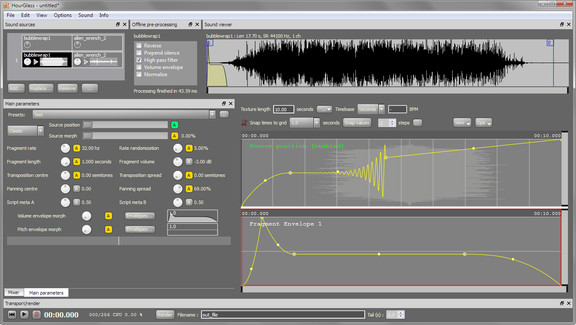 HourGlass is a standalone application intended for radical sound processing by taking fragments (more commonly referred to as “grains” in other similar software) from sound recordings, to create sound textures.

It is not intended for minor transparent corrections of playback speed or pitch, but is rather placed firmly in the sound mangling/glitch territory.

Changes in HourGlass v1.4.5 for Windows