XILS-lab has announced version 1.1.0 of PolyM, an update to the critically-acclaimed, authentic-sounding software recreation of the pioneering Polymoog polyphonic analog synthesizer manufactured between 1975 and 1980. 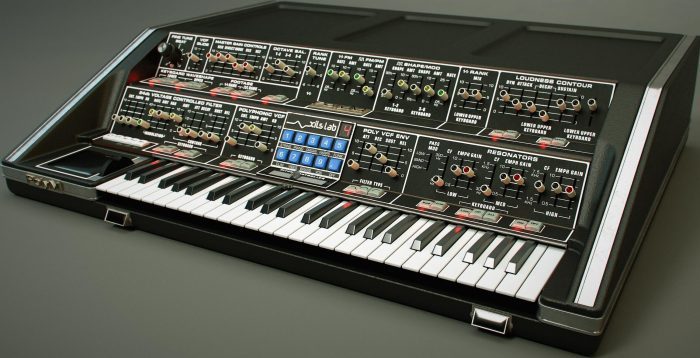 The update comes with various additions including a new preset manager and an ability to run as an effects plugin, plus compatibility with Native Instruments’ Native Kontrol Standard (NKS).

Today, thanks to the PolyM 1.1.0 update, there’s even more to (literally) make a song and dance about. As such, the NPM (New Preset Manager), a newly-integrated, single-window affair allowing users to easily and speedily perform different tasks with welcomed visual feedback — for example, locate and load the best fitting preset in seconds courtesy of a multi-criteria search engine, save/save as presets with (user-generated) tags, batch-tag multiple selections of presets, export/import multiple selections of presets, and select view (such as showing only favourite presets) — represents a major step in PolyM’s evolution; by that same token, those acoustic filters and RESONATORS, as well as the three vintage-sounding effects, are also available to work with other sound sources when running PolyM purely as an effects plug- in proffering plentiful possibilities for modulation; meanwhile, support for Native Instruments’ NKS® extended plug-in format for all virtual instrument developers delivers intuitive and seamless interaction with the German giant’s cutting-edge KOMPLETE KONTROL S-Series keyboards and MASCHINE hardware.

Helpfully, there are now over 300 professionally-programmed presets available as creative kickstarters in PolyM; parameters are all MIDI- controllable, combining to musically position this soft synth par excellence as an innovative instrument of its time while retaining a certain pioneering polyphonic analogue synthesizer’s coveted performance properties of the past. Put it this way: while what the deceased Austrian neurologist (and founder of psychoanalysis) Sigmund Freud would have made of this polysynth hommage is obviously open to speculation, surely the still active Gary Numan should approve… as will anyone’s bank balance by paying (comparatively) so little for so much playing pleasure.

PolyM for Windows and Mac (VST/AU/RTAS/AAX) is available to purchase at an introductory promo price of 89 EUR until October 31st, 2018 (regular 149 EUR).

Save 50% off Rawstyle Production Bundle by Industrial Strength