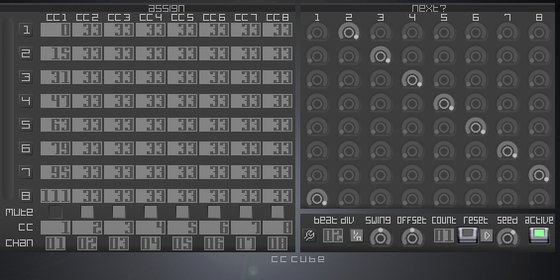 Bloqseq uses a second tier of sequencing to alternate between short sequences of up to eight steps. In and of itself it’s only capable of creating simple patterns and is proposed as a conceptual platform.

It may prove to have some utility as a performance sequencer. To make Bloqseq more useful, each sequencing coefficient has it’s own length and reset function to create polyrhythmic modulation.