Yamaha has announced that U.S. customers who purchased a new Yamaha QL or TF digital mixing console as of January 1, 2016 are eligible to receive a “Not for Resale” copy of Steinberg Nuendo Live at no charge between April 1, 2016, and June 30, 2016. 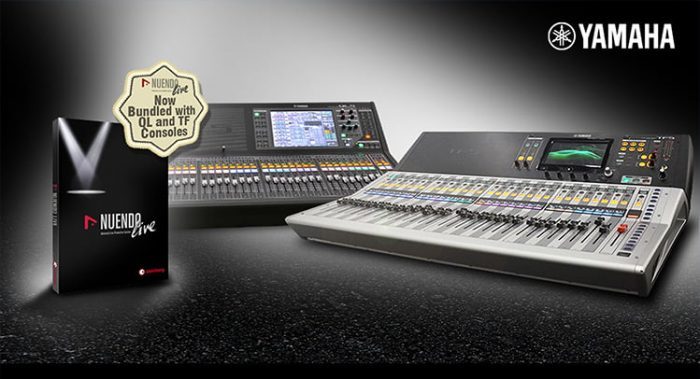 Previously available only stand alone, or included with the company’s CL series digital mixing consoles, Nuendo Live is now integrated across all three console series, thanks to a collaboration between Yamaha and Steinberg, a member of the Yamaha group.

Nuendo Live multi-track recording software is ideal for use in live sound applications – from club gigs, to hall concerts and festivals. It offers ease of operation in busy live sound situations, high reliability, and a comprehensive range of features that add up to professional performance and efficiency. Direct control of channel names, markers, and transport operation from QL series consoles contributes to tight integration between DAW and console in a streamlined live recording system (TF consoles require a PC for Nuendo control).

For the U.S., the Nuendo Live bundle for Yamaha QL and TF series consoles is available now.