Plugin Boutique has launched a deal on the Zynaptiq Intensity plugin, offering a 60% discount on the audio processor that brings increased perceived loudness, density and clarity to your mixes. 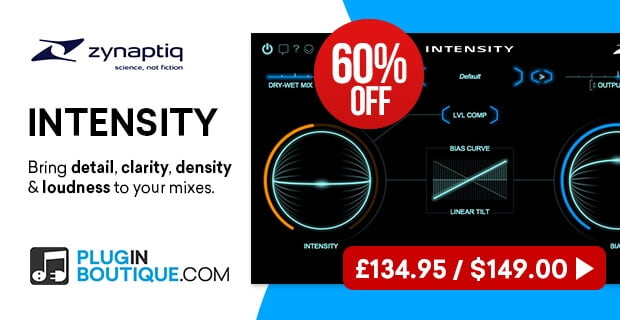 INTENSITY is a new kind of audio processor for mixing, mastering and sound design. Built on techniques typically found in facial recognition algorithms, INTENSITY brings out a sound’s inherent detail, increases its perceived loudness and density, and adds insane amounts of clarity.

Sakura physical modeled string synthesizer on sale at 50% OFF

AudioThing updates The Orb formant filter to v1.2, on sale for $29 USD