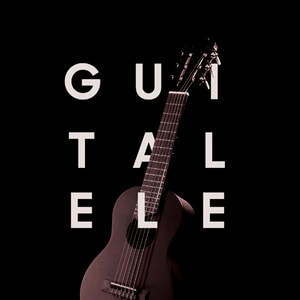 The 8Dio Advanced Guitar Series: “Guitale” is a hybrid guitar-ukulele instrument with a soft and emotional tone to it. The instrument (also known as Kiku) is a crossbreed between a classical 6-string nylon guitar and a baritone ukulele. You get the more precise and tight sound of the classical guitar – combined with the more gentle characteristics of the ukulele.

At the core our of New Advanced Guitar Series is two parallel sample engines. The engines support each solo guitar and strum-based guitar.The idea is to let the engines do the work, while you do the driving. The solo engine is based around a variety of new recording techniques – that gives you completely realistic and fluent legato/hammer transitions on overlapping notes and a variety of additional AI triggered x-noises. The strum engine allows you to virtually create any rhythm and chord you could dream of. The engine is designed as a step-based sequencer and is incredibly easy and intuitive to use.

The end-result is the ultimate sample design for 100% authentically sounding guitars. Whether you want to play a fast acrobatic solo or create an advanced strum pattern – you can do it all.