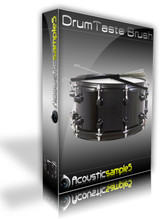 Acousticsamples has released updated version of three of its sample libraries.

The updates are free for current library owners.