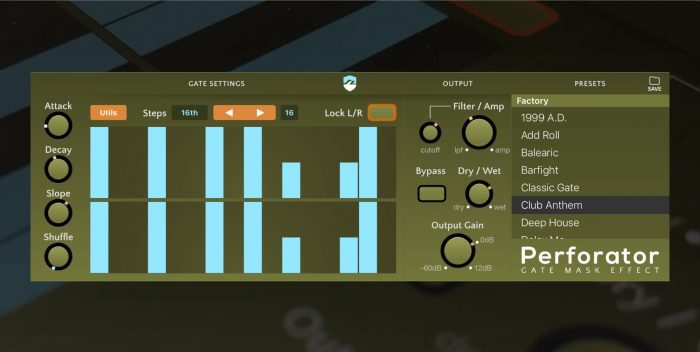 It’s a rhythmic gating audio effect: it will creatively snip, cut, gap and filter incoming audio to create rhythmic patterns out of your pads, strings, drones or any other audio stream you feed through it.

By tuning the slice envelopes you can create anything from classic staccato “trance gate” sounds to emulations of sloppy pumping sidechain compression. Two gating mechanisms can be dialled in: an AMP EG gate (the traditional way of gating) and a 12dB/Oct lowpass filter which will rapidly carve away high frequencies from your sound to effectively silence them.

Perforator is available from the App Store for $3.99 USD.

Beardyman takes Loopcloud 2.0 for a spin and creates a track on the fly