The Alpha Forever Modular modular sound design environment has been updated with unison workflow and other improvements. 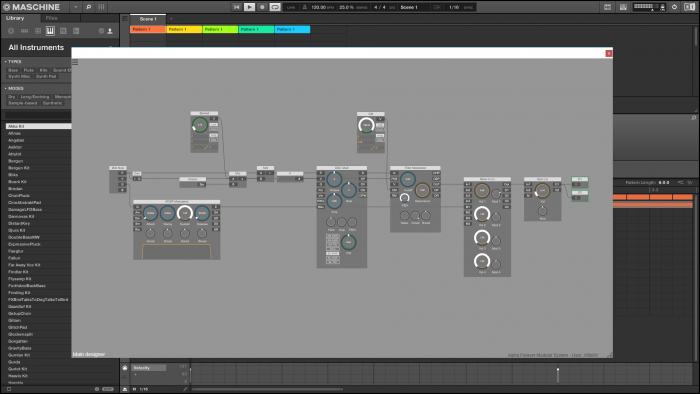 Started as a fun project by the Hungarian brothers Gábor Gyutai and Balázs Gyutai Alpha Forever is a node based modular sound design tool which allows you to create custom instruments and effects in uncompromised quality as quickly and conveniently as possible.

After 3 years of development the plugin was released in October 2018 and now has an updated version.

This is the first update of the polyphonic sound design environment. It comes with some new features such as unison workflow, which means you can now set the number of unison voices in the menu and spread any parameter using the corresponding unison node.

The ‘Note ID’ (‘Poly ID’ in older versions) has received new outputs. In addition to the polyphonic voice index, the node outputs the note order of the voice (lowest pitch first, highest last), and the number of gated voices.

The mini scope and plug information can now be turned on from the menu, and the update also brings minor user interface speed improvements and bug fixes.