The AI-powered songwriting assistant Amadeus Code has been updated to version 2.0, letting songwriters get rhythm thanks to a new Beats feature. 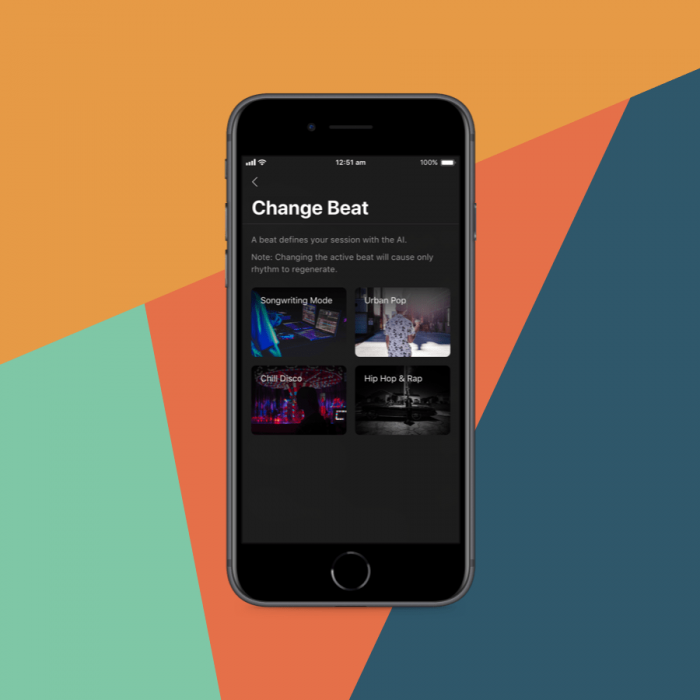 “A quick YouTube search for covers of your favorite song will show you two things,” explains Taishi Fukuyama, Amadeus Code co-founder and COO. “One, that a powerful song transcends genre. Many songs are genre agnostic and can work in a bunch of musical styles. Two, that these styles revolve around rhythms and sound design that define them.”

Amadeus Code users will now have a chance to experiment with beats, thanks to a new audio channel that incorporates rhythmic ideas into the AI’s already robust melodic elements. Users can select one of four popular defined styles–urban pop/mellow, urban pop/uplifting, chill disco, and hip hop–or just leave things in the more open-ended Songwriter Mode.

From there, they can head to the Discover Library section, find a chord progression they like, and let Amadeus Code generate a new melody on top of it. The resulting sketch can be exported to a DAW via MIDI or audio, and it can be shared directly to the web for further exploration and arrangement.

“Rather than just collaborating with the app to discover new topline melody ideas without any rhythmic information, we have added a simple way for users to apply popular genre rhythms to the in-app creations to fast track inspiration according to the selected style,” says Fukuyama. “Hardcore genre-defying users can continue to use the app without any beats in Songwriting Mode.”

By expanding the ways users can interact with AI melodies, Amadeus Code lets musicians, producers, and music lovers remain flexible and use the app in ways that mesh with their creative process. This flexibility enables experimentation and the creation of new genre-bending work.

Amadeus Code is available as a download for iOS with a 14 day trial period which includes all features for free.