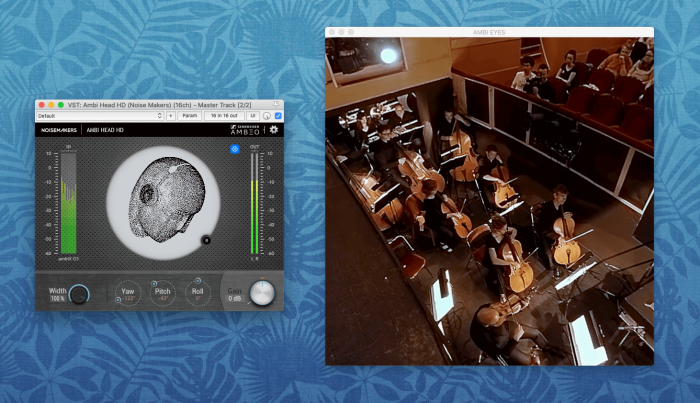 Ambi Eyes is a standalone application for Mac and PC. It allows to monitor monoscopic 360 videos while authoring the ambisonic mix.

Head rotations are transmitted in real-time to Ambi Head HD to apply audio rotations. If a VR headset is connected to the computer, Ambi Eyes will automatically detect it (PC only). Synchronization between DAW’s timeline and Ambi Eyes can be adjusted in Ambi Head HD settings (top right wheel).

In addition, Ambi Bundle HD has been upgraded to version 1.3 with new features:

The upgrade is free for all customers. Ambi Verb HD adds customizable snapshots, allowing to store up to 16 custom presets that can be recalled by an automation parameter. This opens new possibilities to switch parameters and (custom) IRs at runtime.

To celebrate the release of Ambi Eyes, a Summer Sale has been launched with a 33% discount on Ambi Bundle HD.