Andrew McPherson has launched a Kickstarter project for his Touchkeys, a DIY touch sensor kit allowing capacitive multi-touch sensing on a physical keyboard. 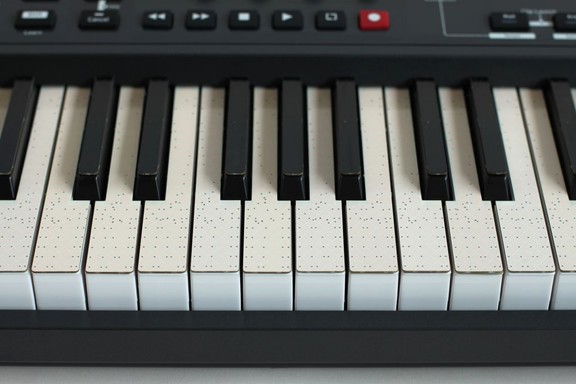 The TouchKeys are a new musical instrument transforming the piano-style keyboard into an expressive multi-touch control surface.

The TouchKeys feature native OSC and MIDI support, so they work with nearly every synthesizer or software instrument, with wind and string sounds working particularly well thanks to the ease of playing vibrato and pitch bends. Mappings between touch data and MIDI/OSC are fully customisable in the included open-source software.

A unique aspect of the TouchKeys project is that the sensors install on any existing keyboard, from portable 2-octave controllers to 88-key grands. This means that the TouchKeys retain the familiar keyboard action while adding many new expressive techniques. The Kickstarter project will offer DIY kits for musicians to hack their own keyboards, as well as a limited number of prebuilt instruments. The project seeks to raise £30k to fund the production of TouchKeys sets and get them into the hands of musicians.

About me: Andrew McPherson, creator of the TouchKeys, is a composer and engineer and a Lecturer (Assistant Professor) in the Centre for Digital Music at Queen Mary, University of London. His previous project, the magnetic resonator piano (electronically-augmented acoustic piano), has been used in dozens of performances worldwide over the past 4 years, most recently by the London Chamber Orchestra and the band These New Puritans.