Paul Middlewick discovered an elephant on the London Underground map during his daily journey to work.

From Animals on the Underground:

The Animals, made up using tube lines, stations and junctions on the London Underground map were spotted by Paul Middlewick some 17 years ago. The original Animal, the Elephant was discovered while Paul was staring at the tube map during his daily journey to work.
Since then, the Elephant has been joined by many other Animal friends. 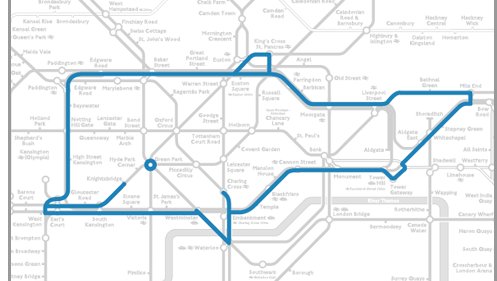 Check this page for images of more animals spotted on the tube.

Design By Humans: high-end, unique t-shirts designed by artists from around the world