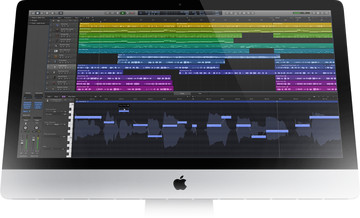 Keep the creativity flowing with advanced new tools and an intuitive interface that makes them easily accessible whenever you need them. And enjoy the full set of powerful features Logic Pro users already love, now made even better.