Audio Damage has released version 2 of Replicant, adding a Stutter effect to the buffer effect plugin for Windows and Mac.

One of our all-stars gets the full upgrade treatment.

Replicant, arguably the plug-in that most defines Audio Damage, gets a complete makeover for its 10th birthday, with an all-new vector-based resizable GUI (easy on the eyes), VST3 and AAX versions (with an iOS AUv3 coming next week), and a new effect, Stutter, which further subdivides the loops.

Replicant 2 is available for $49 USD, with an upgrade price of $10 USD for Replicant owners.

Also updated is Phosphor, that additive synthesizer that is modeled on the alphaSyntauri by Syntauri. 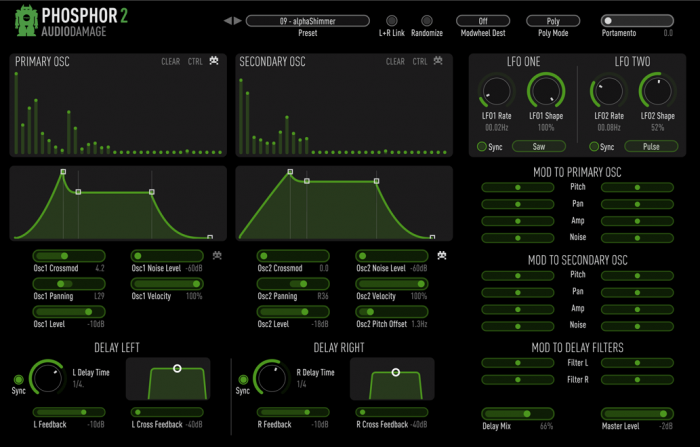 Along with that, we’ve released Phosphor 2, a top-to-bottom reworking of our painstaking clone of the alphaSyntauri, the original computer-based synthesizer.

Phosphor 2 is $59 USD, also with an upgrade price of $10 USD for owners of the original Phosphor.