Audio Ease has released version 2.1 of Speakerphone for Windows, the audio plug-in that gives you authentic speakers of any size together with their natural environments. 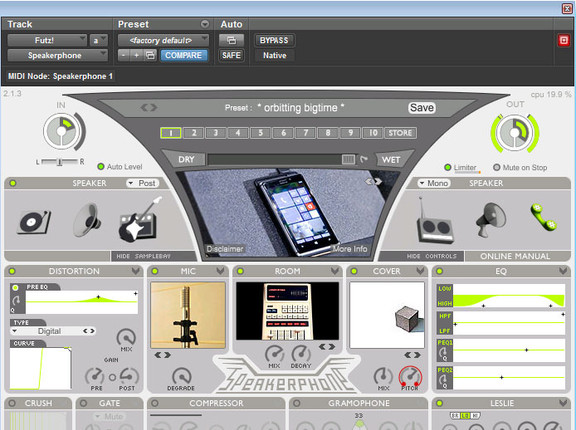 The long awaited 64 bits AAX update of Speakerphone has been released. It adds 64 bits, AAX for ProTools 10.3.8 and up, host based presets and modern speakers from tablets flatscreens and smartphones.

Speakerphone has become the industry standard solution when a speaker needs to be faked in any production. It contains Impulse Responses of hundreds of authentic Phones, PAs, guitar cabinets, helmet intercoms, and big old tube radios, together with ambiences, distortion, leslie, GSM codecs and all other processing specific to these quirky devices. Speakerphone can be heard in every major Hollywood production, sometimes on almost the entire dialogue as recently in ‘Gravity’.

Speakerphone for Windows and Mac is available for purchase for 395 EUR excl. taxes.