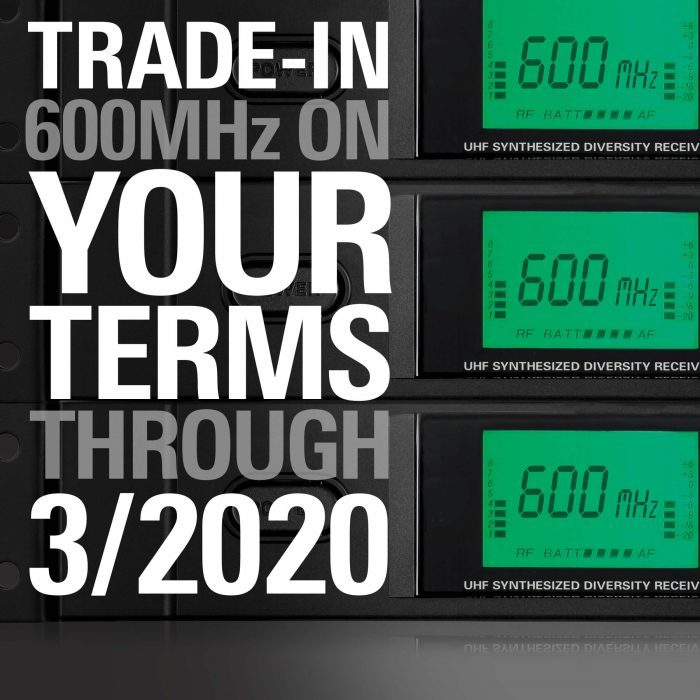 This initiative was designed to provide options for end users as the industry moves away from wireless systems operating in the 600 MHz band (614 to 698 MHz), mandated by law as a result of the ongoing FCC wireless spectrum reallocation. The program is designed to help wireless users switch to a new system that accommodates the new guidelines outlined by the FCC.

The transition period will create an uncertain operating environment for users of 600 MHz wireless systems, who will be affected differently depending on their geographic location. Audio-Technica’s extended trade-in rebate program allows additional flexibility and options for this important switchover. Due to the complexity of the reallocation and the number of parties involved, there is no way to accurately predict just how – or when – individual users will be affected by these changes.

A-T is offering a “Trade In On Your Terms” program whereby for each 600 MHz wireless system you trade in (regardless of manufacturer) you’ll receive a rebate on an eligible Audio-Technica wireless system.