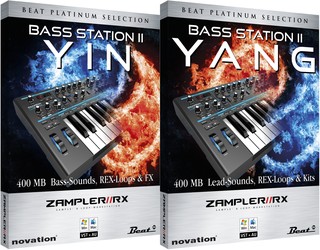 Novation and German Beat magazine are giving away two sample packs of the new Bass Station II among their Facebook fans.

Best of all: Both packs also contain the new REX compatible SFZ player and loop engine „Zampler/RX“ (VST & AU) based on the well known Dune synthesizer by Synapse Audio.

The sample packs are free to Novation and Beat Facebook fans.