BeatSkillz has announced the release of its new audio plugin SampleX, an emulation that brings the gritty sound of vintage samplers. 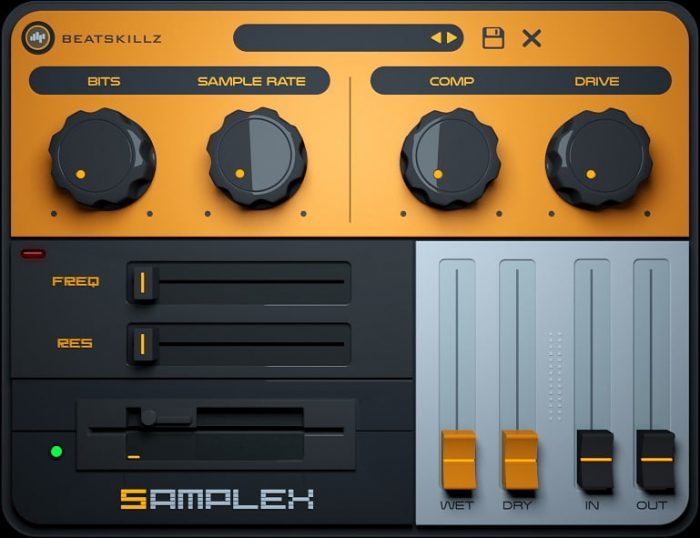 In today’s advanced age of music tools that seek the “cleanest”, most “perfect” sounds, there has suddenly been a desire for the “Gritty” sounds of the machines of the past.

Once such quest has been the acquisition of old, primitive samplers and sample drum machines like the EMU SP1200, AKAI s900/950, and others. This has increased the rate of these machines to 10s of thousands of dollars.

The sound that producers and artists seek in these boxes is usually the low bit rates and sample rates resulting in an “aliased” sound or “artifacts” as we now call them. These limitations of the vintage machines have now become very desired and sought after sound. Just sample rate reduction and “Bit crushers” have yet to actually sound like old machines.