Two different Commodore 64s were used for creating the sounds in this sample pack, although both have SID 8580 installed. The original plan was to record some bits from a SID 6581 this time, but my old C64 died literally 5 minutes after I plugged it in. To make that major bummer even major-er, there were no original C64s (aka C64 beige) to be found in the local ads during this three week period.

However, I did manage to get ahold of a C64G, which was sampled for one of the instruments in this sample pack (the BASIC Bass patch, pictured below). C64G also has a SID 8580 installed, but they do say that every SID chip is different, so there’s still a bit of variety in the hardware sense I guess. All other sounds were captured from a C64C which was also used in the previous pack. Hopefully, a C64 beige will pop up in the ads before I start working on part 3.

The sample pack is a free download at BPB. 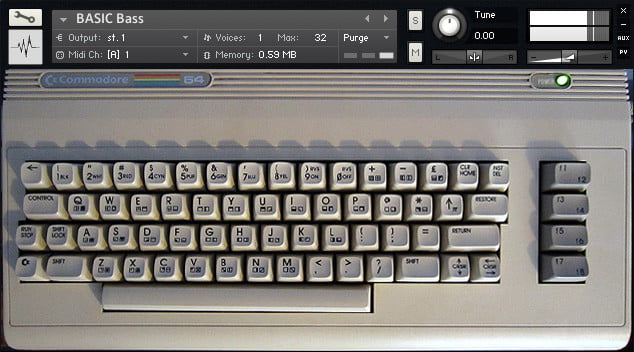