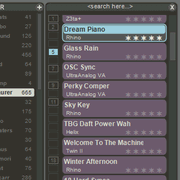 I’ve just released Zen 1.6 public beta 3. Here is the mandatory changelog. The first point marks a turning point in the history of releases, lifting up one of the most complained-about limitations of Zen.

Zen is available to download as freeware for PC and Mac.