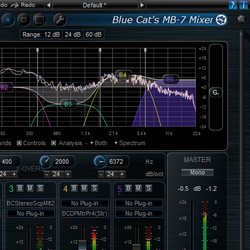 The free broadband add-on skin has also been updated to include the new features and streamline the usage of the plug-in in single band (broadband) mode.

The MB-7 Mixer plug-in is available to purchase for 99 EUR.