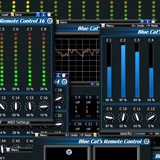 64-bit and Pro Tools versions of Blue Cat’s Remote Control and Stereo Phaser plug-ins have just been released. All our plug-ins are now available for Pro Tools and 64-bit platforms!

These new versions also include a couple of enhancements and fixes for other platforms.