Bolder Sounds has announced Dan Tranh, a new instrument library for Native Instruments Kontakt, featuring the sounds of a 16 stringed Vietnamese zither, a relative of the Chinese guzheng and the Japanese koto. 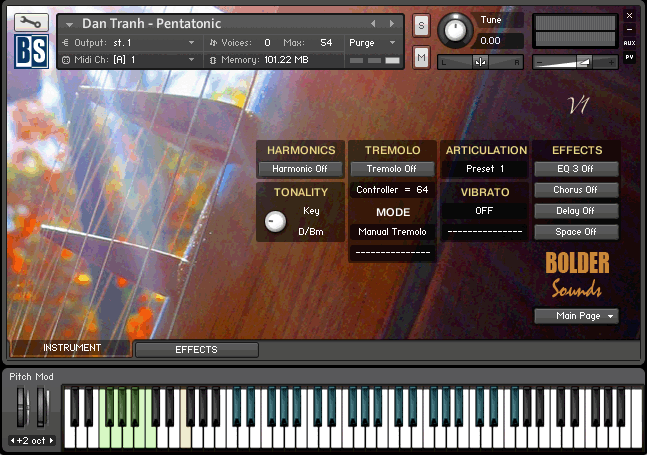 Flexible KSP scripting by Bo Clausen makes it possible to emulate a wide range of bending ornaments as well as glissandi.

The Dan Tranh library is available for the introductory price of $42 USD until January 1st, 2015 (30% off regular).