BOOM Library has announced the release of the first installment of its new 3D Surround Series of libraries that are suited for traditional surround applications and especially for immersive formats such as Dolby-Atmos, Auro 3D, 360° videos and VR.

Urban USA is an ambient sounds collection that features the sounds of vibrant and lively American metropolises, capturing the pulse of these cities in many different places. 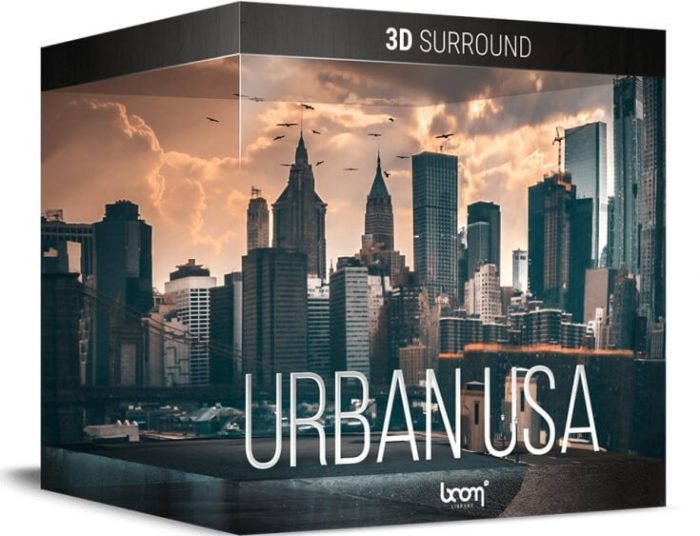 The pack provides a vast variety of sounds that would offer a sound designer a rich, balanced and professional range of tools.

URBAN USA covers a large spectrum of different places of urban city life. From bustling downtown areas like subway stations or financial districts to quieter areas like beaches, parks and suburbs to marinas and construction sites, URBAN USA offers a very authentic and detailed picture of everyday life in American cities. As always delivered in the best possible quality to exceed the requirements of any professional sound design challenge.

Regularly 299 EUR, Urban USA 3D Surround is available at a 20% introductory discount until March 7th, 2019. A stereo version is also available, containing the same recordings in the same quality at a lower price (regular 149 EUR).