Bunker Samples has announced the release of its new virtual instrument based on a Vietnamese Dan Bau (monochord).

Off World Vol. 1 is not a traditional sample library in any sense, as it uses the Dan Bau performed in an unconventional way (bowed, rather than plucked) as a sound source to create an instrument that can only exist in the virtual domain. 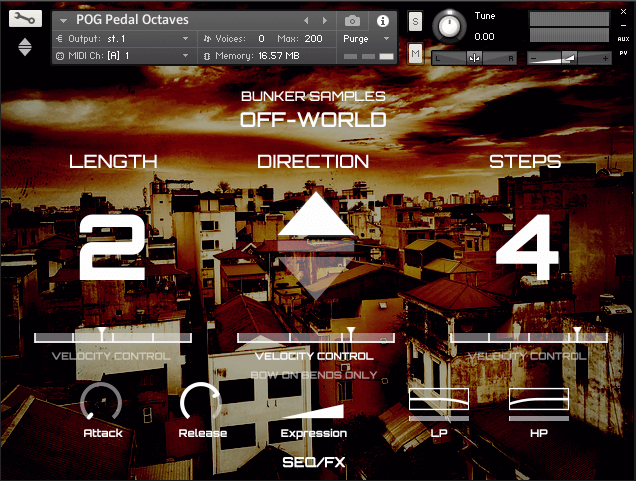 The real Dan Bau features a bamboo handle that controls the pitch of a long metal string, which invites expressive pitch bending, so a comprehensive set of pitch bends into target notes was sampled. These where then processed trough an octave generator, distortion and reverb, and the result is a huge and bold sound reminiscent of the score for Bladerunner 2049, but since each sample was carefully performed by hand, the sound is distinctly human and emotive.

Each pitch bend was sampled sliding up and down, at 4 different lengths, from 1 to 4 semitones in range. Add in the 4 different bowed lengths of non-bending samples, and every note can be played in 36 different ways. To control all this a bespoke Kontakt engine was developed, which makes it easy to control exactly how the next note will be played.

Off-World Vol. 1 features a number of sound designed patches, but also comes with all the raw, un-processed samples mapped in the engine.

The sample library is available at an introductory pricing of $29 USD until November 20th, 2020 (regular $39 USD).