Cakewalk has announced the release of SONAR “Everett”, introducing the revolutionary new Drum Replacer for SONAR Platinum, with seamless integration and zero-latency performance; plus exclusive new content, fixes, and enhancements. 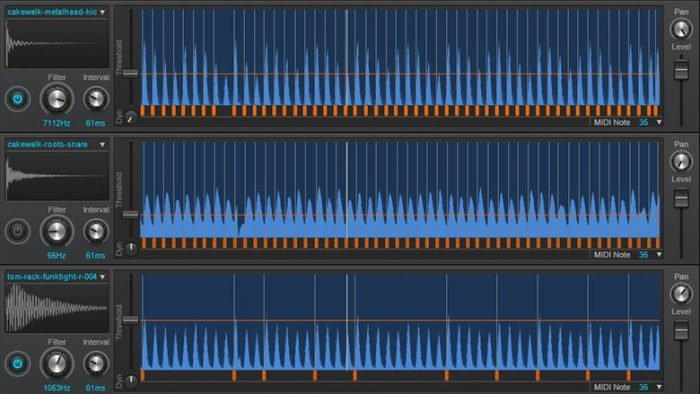 “Everett,” the fifth monthly update since Cakewalk introduced the Membership Program in January 2015, includes the new Drum Replacer for SONAR Platinum and marks a major milestone in the Membership Program. Drum Replacer – is the most tightly integrated drum replacement technology ever. Create huge studio drum sounds, replace individual hits or entire kits from existing drum tracks with pristine samples, extract drum hits from loops, and even trigger drums from percussive instruments—it’s all possible with this brand new, ARA-integrated module for enhancing drum productions. Unlike other drum replacement products that act as plug-ins inside of a DAW, Drum Replacer essentially becomes part of SONAR—which results in zero-latency and superior performance.

“Everett” also includes exclusive content like the new Rapture Kick Start Expansion Pack, which makes finding the right kick drum sample for electronic, EDM, hip hop, and industrial mixes easier than ever. In addition, the new Sizzle Bus FX Chain, compatible with all versions of SONAR, emulates the famous “exciter” effect used on so many hit records over the years. And as always, we continue to refine the program with nearly 40 fixes and enhancements, as well as improved ARA support.

The SONAR Membership Release eZine provides tutorials, tips, and descriptions of all the new features. Learn more about the new SONAR “Everett” release, and see a preview of what’s planned for the near future.

The SONAR “Everett” release is available as a free download to all current SONAR Artist, Professional, and Platinum customers.