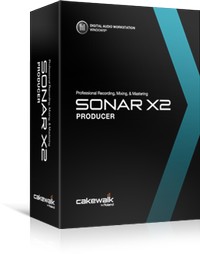 Cakewalk has announced that its SONAR X2 music production software is available now.

SONAR X2 is undoubtedly the best version of SONAR to date. Not only does it introduce exciting new features, but much time and care went into refining almost every aspect of the program.

With an ear to our customers and a keen eye on what today’s musicians need, we improved performance, workflow, aesthetics, and stability. Our goal? To craft a program that excels at every stage of music production and enables musicians to sound their very best. With literally hundreds of enhancements and improvements, SONAR X2 delivers the best music production experience on the market today.

SONAR X2 is now available to purchase in Essential, Studio, and Producer Editions. Various upgrades are available to Cakewalk customers as well.

AudioThing and Audiority team up for Massive X-Bundle