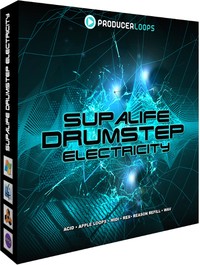 With 1.84 GB of content per format, you’ll find plenty of inspiration for your future Drumstep, Dubstep and Drum & Bass projects.

These energetic Kits will allow you to create a monster in the styles of KOAN Sound, Kill The Noise, and xKore, but by providing so much unique and forward-thinking content, will also take you off the beaten track to the very edges of Drumstep, and beyond.

With the huge success of their previous Producer Loops release, ‘Dubstep Chillout’, producers Thomas Gomez and Eddy Beneteau have proven they are a collaborative force to be reckoned with.