The CDJ-3000 comes with a 9-inch touch screen and new controls such as shortcuts to make it easier to jump between different categories in your music collection. It also comes with new functions such as Touch Preview and new features include Touch Cue, Stacked Waveform, and 3Band Waveform. 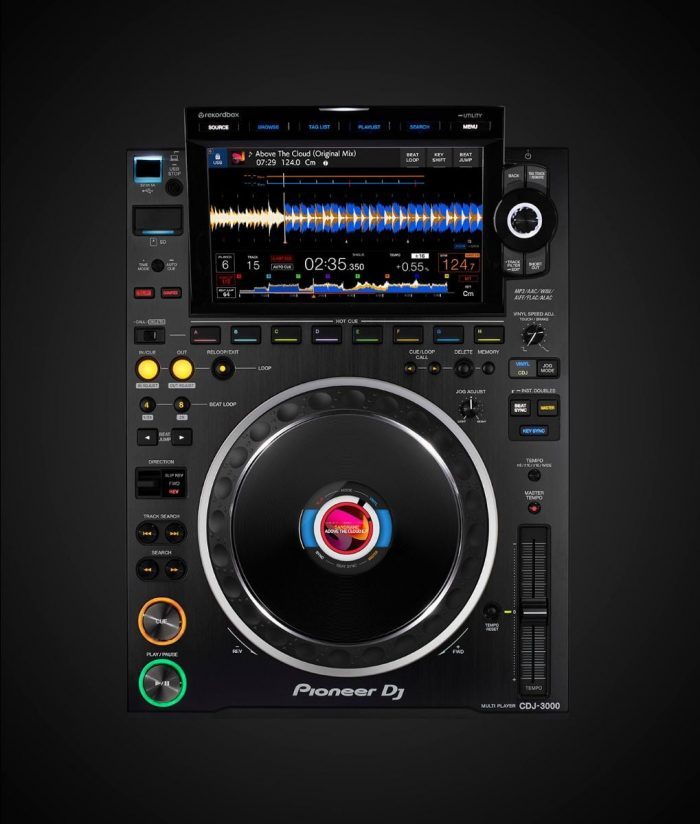 The most advanced player we’ve ever made when you’re performing, you need to know the decks can make your creative vision a reality and handle everything you throw at them. We’ve designed the CDJ-3000 to do that and more.

The new MPU in the unit is the first we’ve ever put in a CDJ. It drives the unit, delivering stable performance and enabling advanced new features, and it works with the other parts of the player to create a smoother DJ experience. For example, you’ll notice that tracks and Hot Cues load faster than ever thanks to the capabilities of the MPU and Gigabit Ethernet connection.

The CDJ-3000 is a rekordbox Hardware Unlock device too. So, to use Performance mode, all you need to do is to update to the latest version of the software, even if you’re using the Free subscription plan.

The unit includes eight Hot Cue buttons, hardware buttons for Beat Jump, Key Sync to mix harmonically, and an 8-Beat Loop button in addition to the classic 4-Beat control. The jog wheel has been redesigned for smoother action and touch latency has been improved.