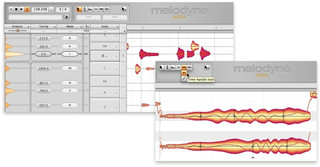 Celemony has announced the availability of Melodyne editor Version 2.

New features include extended timing tools, wide-ranging functions for working with scales, plus Rewire, keyboard shortcuts in the plug-in, and numerous other improvements.