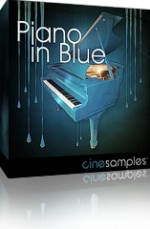 We were provided a unique opportunity to preserve an important piece of musical history in its final days. Word had come to us that the historic Clinton Recording Studios in midtown Manhattan was forever closing its doors, destined to be transformed into a modern condominium complex.

One of the many treasures contained therein was this particular Steinway Model D Concert Grand which used to live in the Columbia Records 30th Street Studios. The CBS 30th Street Studio, “The Church” was perhaps the most influential recording studio of the 50’s and 60’s producing dozens of legendary albums in various genres.

Of those recordings this piano played a critical role in two albums which are still considered among the finest recordings of all time. First being the original Glenn Gould “Goldberg Variations,” the most critically received classical album of all time. Four years later came Miles Davis’ “Kind of Blue” which forever altered music.

In 1981 Columbia closed its doors and this piano was brought to Clinton. In addition to the grand two of the original Columbia Nuemann U49 microphones made the journey also. These were two of the five (or six) microphones originally used on the Kind of Blue date. We were fortunate enough to sample this special grand using these two original microphones.

Piano in Blue is available to purchase for the introductory price of $99 USD (regular $129 USD).