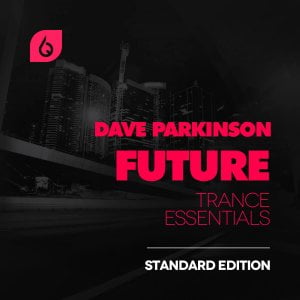 With this sample pack we wanted to build on the solid foundations of the first ‘Trance Essentials’ pack but go a step further. This time round each bass loop has a corresponding synth loop, with each ‘element’ being carefully keyed and BPM labelled for ease of use. Additionally the drum loops are now broken down further with dedicated hi-hat, percussion, shaker and techno percussion loops allowing for more comprehensive mixing and matching of drums than was previously possible. MIDI files are included for every melodic element in the pack, and if you purchase the Deluxe Edition you also get the Logic Pro X project files plus 900+ presets.

The Standard Edition contains 19+ Gb of uncompressed first-class trance production content including drum hits, drum loops, synth loops, bass loops, FX, presets and more from one of the most sought after producer/engineers in the dance scene. The content covers a combination of future progressive (80’s, deep and ‘Prydz’ inspired progressive), full on Team 140 style, tech-trance, psy trance and deep/progressive, but is equally usable in genres such as Synthwave and techno due to the wide range of BPM’s covered.

The Deluxe Edition contains everything included in the Standard Edition with the addition of 78 Apple Logic Pro X Project files for all the bass, synth and construction kits in the pack, along with 900+ additional synth presets extracted from the logic files. This is the exact files used to create everything you hear in the demos, bass and melodic loops.