Dialog Audio has announced the release of version 2.0 of Modulation Processor, an advanced update to the audio plugin primarily designed for synchronizing and modulating hardware synthesizer parameters within a DAW. 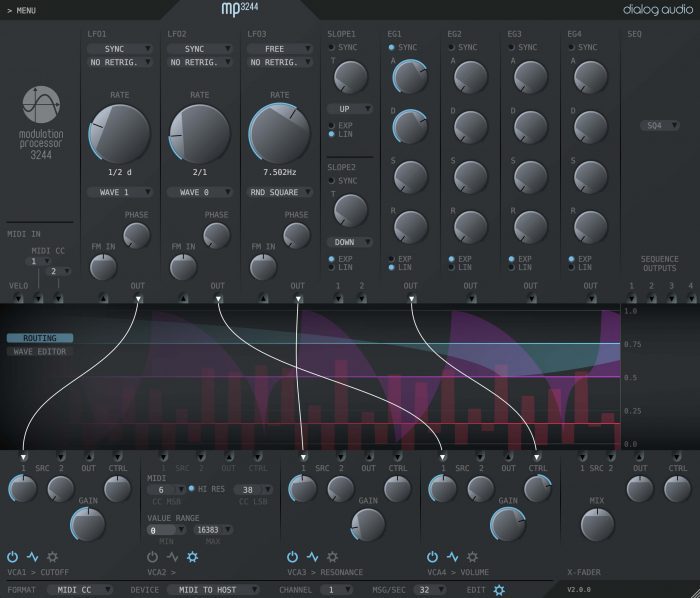 Launched last year to widespread critical acclaim — “MP3244 is the missing link to synchronise all of your analogue and modular synthesizers to a host application,” announced a suitably impressed commentator, the modular structure of the plug-in question allows adventurous users to create miscellaneous modulations that can then be sent to any synthesizer parameter or other audio hardware. However, depending on any given user’s audio hardware setup, several connection possibilities are available when working with MP3244 — MIDI (Musical Instrument Digital Interface) input-endowed equipment can be controlled via MIDI CC (Continuous Controller) messages or MIDI SysEx (System Exclusive) messages, while an audio interface (if DC-coupled) or a MIDI-to- CV converter can be pressed into play for audio gear that can be controlled via CV (control voltage).

The modular structure of MP3244 allows users to precisely tailor modulation signals to specific hardware setups, giving owners of those setups the freedom to flawlessly integrate their classic or modular synths into their DAW environment — with all the convenience of tempo and host synchronisation that is now expected from plug-ins, in other words, while MP3244 can also be used to modulate software synthesizers and audio plug-ins directly within a DAW to provide extended modulation possibilities.

To partly paraphrase another popular song — one that has been named one of the 100 most important American musical works of the 20th century by National Public Radio — that has stood the test of time, MP3244’s raison d’être remains… same as it ever was — but better! Indeed, it has come a long way since starting out as a novel way of fulfilling a very specific need: “Needing to get a filter to modulate synchronised via SysEx from a host application was the basic idea behind its development,” divulges Dialog Audio founder Julian McDole.

The latest version Modulation Processor 3244 for Windows and Mac (VST/AU/AAX) is available for $49 USD (including VAT). 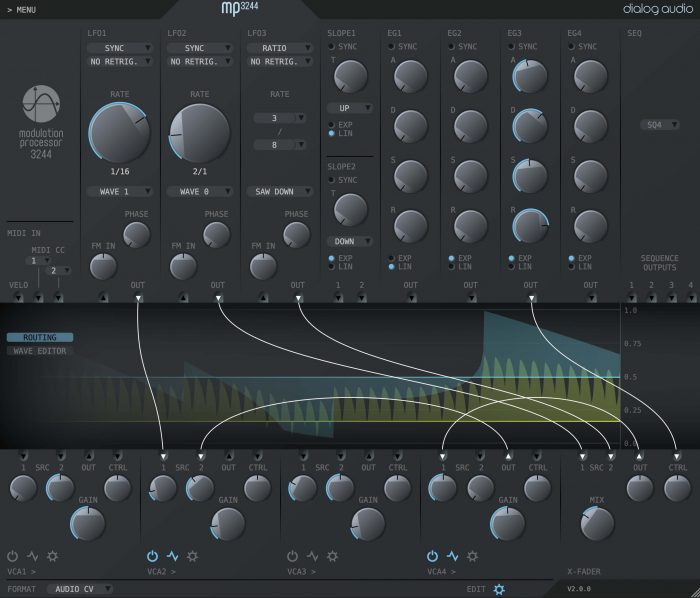 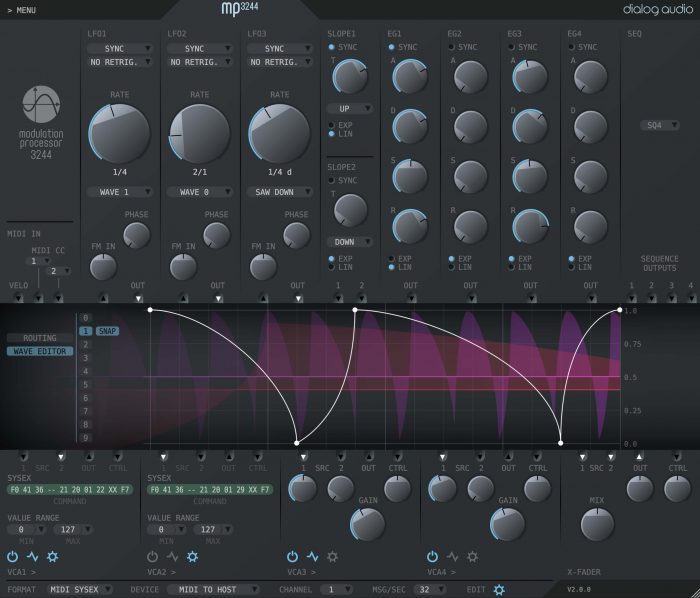