Loopmasters has launched its new sample pack Fixate – Drum & Bass Innovations, a next generation collection of minimal DnB bombs, with infusions of juke, jungle and halftime.

The pack reflects all the influences that inspire the music that Fixate makes, such as Hardcore, Jungle, Grime, Hip Hop, Dubstep and Footwork.

Declan Curran, aka Fixate, comes from a generation that isn’t locked to the notion genre, he is product of UK musical innovation with his sound pallet & productions traversing styles such as drum & bass, jungle, dubstep and grime.

2019 was a huge year for Fixate after providing the official remix to Double 99 – Ripgroove, a classic UK garage anthem which famously went viral after Sherelle’s boiler room debut. He is a flagship artist for dBridge’s hugely respected, taste-making label Exit Records with his various EP’s, ‘What Goes Around’ mini-LP and work as part of D&B supergroup ‘Richie Brains’ garnering praise from critics and fans alike, and cementing his reputation as one of the most exciting young talents in UK bass music today. 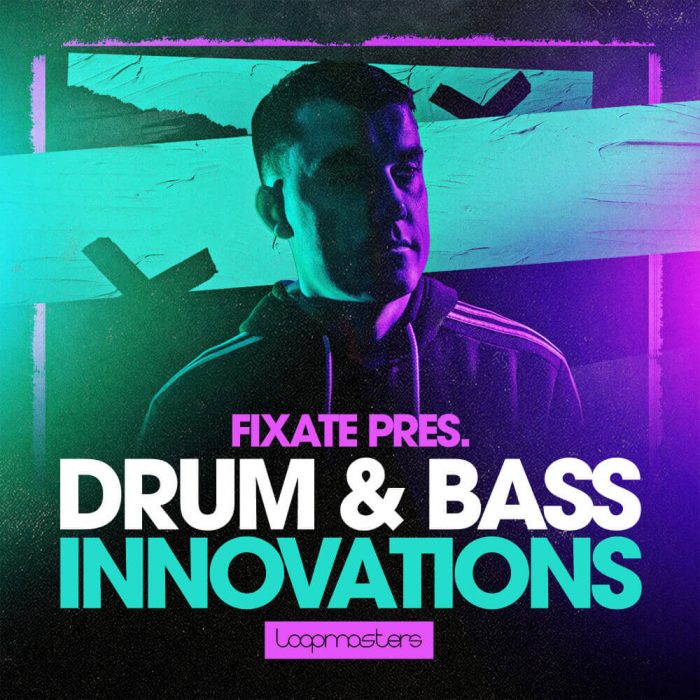