Drumdrops has announced the release of the Vintage Folk Rock Kit mixed by Phill Brown in five different packs. 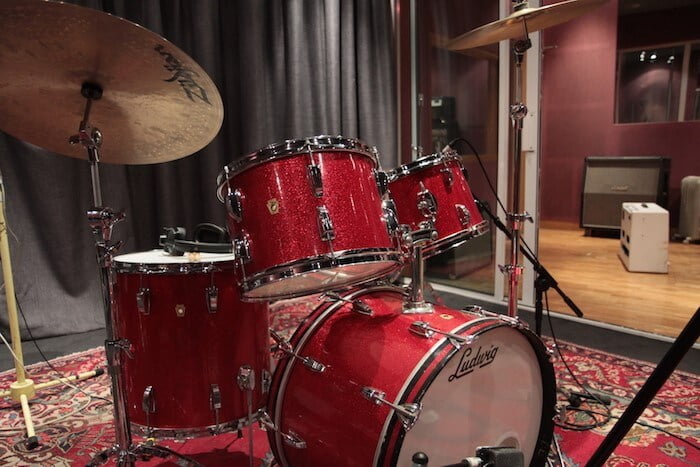 For the sound, Phill Brown (John Martyn, Bob Marley, Rolling Stones, Talk Talk, Led Zeppelin) used his years of accumulated knowledge and went back to the time of the 60s when he was based at Olympic Studios. Phill’s idea was to create a 1960s drum sound with a modern twist. Instead of positioning the microphones close to the kit he wanted to capture a natural drum sound and record the ‘dead’ room at Livingston Studios. He used only five microphones on the kit: one on the kick, the snare, two kit microphones placed around the kit, which provide a surprisingly good stereo picture, and a mono overhead. All of the mics were recorded through API mic pre’s.

For one month only customers can use the voucher code vintagefolk20 at checkout to receive 20% off any of the Vintage Folk Rock Kit packs. The BFD pack and Kontakt 5 packs will be following soon.