MoMinstruments has released an updated to Elastic FX, a 4 channels multi-effect processor for iPad and iPhone.

Version 1.2 includes some new features especially made with playing guitar in mind, including a new “preamp section” that comprises a tuner, an additional compressor with a built in noise gate, comping in front of the 4 FX units (while the master compressor comes after the effects), and a new Overdrive and Distortion effect to boost a guitar amp. 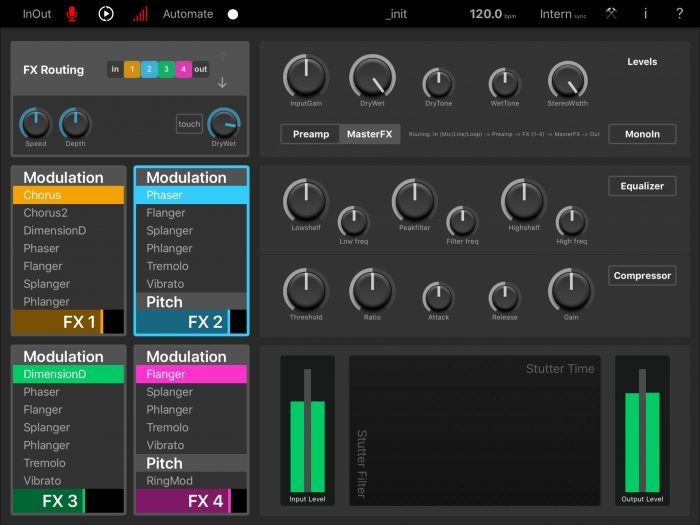 Connect EFX to any input source, like the devices built in microphone, an external keyboard or guitar (iPad soundcard needed) or to your favorite iOS drum machine or synthesizer via Inter-App Audio or Audiobus. Or import a soundfile into the app and alienate it with with up to 4 different effects at the same time!

Elastic FX is available from the App Store for $9.99 USD.