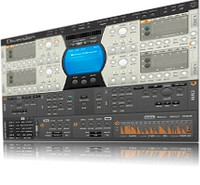 Emerge Audio has announced the release of Trance’n’Dirt, the first commercial soundset for the Diversion software synthesizer by Dmitry Sches.

This soundbank consists of 100 patches, mainly for trance, dubstep, techno, minimal, hardcore and other, similar genres of music. So if you are interested in modern trance presets, easy to tweak and control and also powerful, harsh and dirt sounds do not look any further than new bank from EmergeAudio.