Gamechanger Audio, which is well known for their Plasma Pedal, is committed to exploring the uncharted territories of music electronics and creating devices that provide real value — while stretching the imagination of both musicians and engineers. With their Plasma Pedal they managed to combine Tesla coil with plenty of Rock and Roll. The result is one of the worlds ‘heaviest sounds’ with plenty of unique features and the potential to become the new standard of distortion. 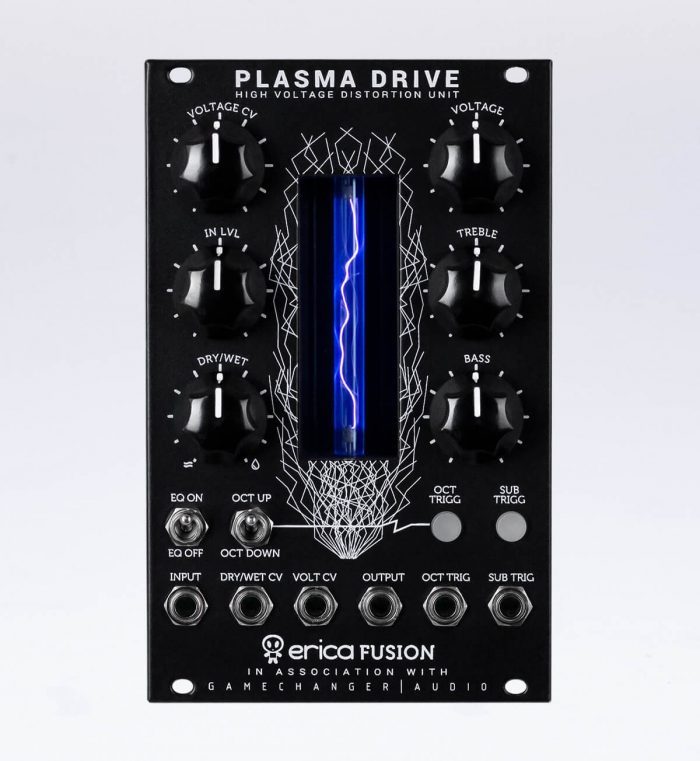 Similar to Plasma Pedal, Erica Synths’ Plasma Drive provides you with a new and previously unexplored method of achieving signal clipping in 16HP. Instead of using LED circuits, transistors or vacuum tubes to produce overdrive, the Plasma Drive boosts audio signal to 3000V and transforms it into a series of continuous high-voltage discharges in a xenon-filled tube. In essence – you are playing a lightning bolt of electricity, and the electrical discharges produced by your instrument are instantly converted back into an analogue audio signal — producing a quick, responsive, and extremely heavy distortion with tons of unique character.

The eurorack module Plasma Drive brings sounds of the Plasma Pedal to the next level. As per eurorack standards, Erica Synths has added CV control over distortion level and dry/wet mix, as well as octave up and 1 and 2 octaves down tracking oscillators that add even more harmonics to the original signal. Tracking oscillators can be switched on/off manually or via trigger signals. The Plasma Drive module is powered via conventional eurorack PSU ribbon cable and the power consumption is around 150mA.

Plasma Drive will be released on February 20th, priced at 310 EUR excl. VAT.

The module will be exhibited at the NAMM Show 2019 with Gamechanger Audio, Booth 3347.

Erica Synths has also announced that its previously announced Sample Drum module is scheduled for release on February 23rd. 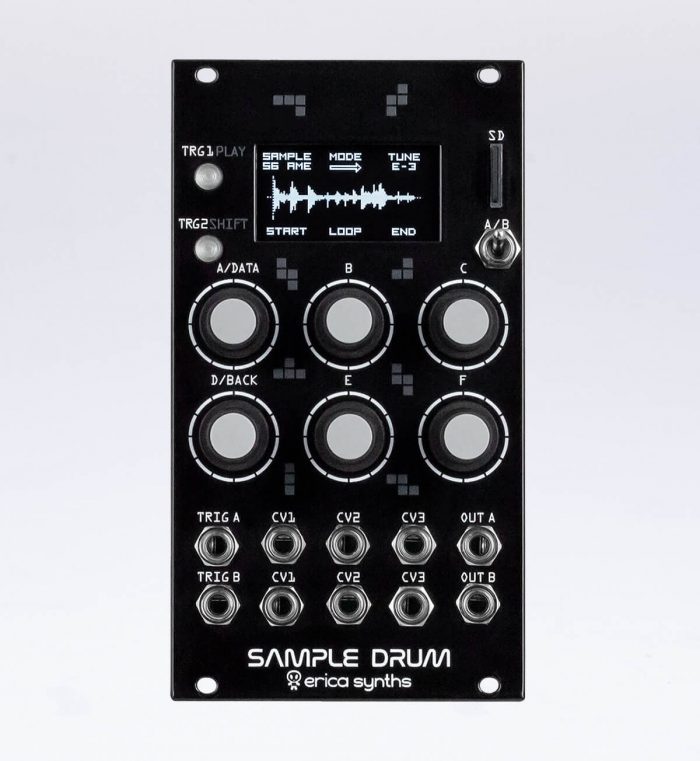 The 14HP Eurorack sample player/sampler module with straight-forward, intuitive interface, functionality and great sound quality is designed with live performance use in mind.

It is composed of two identical parts and allows you to play back, record and slice up samples or loops directly in your modular system. For processing there are different play modes, tuning functions (including 1 V/Oct pitch tracking), virtual VCAs plus AD envelopes and realtime effects. Three freely assignable CV inputs per channel guarantee a lot of expression during performance.

16bit mono wav samples are loaded into RAM (32MB / ~ 5 minutes of sampling time) from SD card (16 GB SD card with factory preset samples comes with the module) for instantaneous playback response. All settings can be saved and recalled during live performance.