Sacrament Modular brings effects morphing and much more to the Eurorack format with The Cursible, a 14HP wide, 6-channel, morphing effects-send matrix.

The module offers a vast amount of applications from morphing/sequencing and blending effects through to cadavre exquis-style mixing of sound sources or controlled voltages.

“The Cursible was the first idea that I had for a Eurorack module. As simple as it sounds, I was in the middle of a patch when I thought to myself “you know what would be really cool?” I then grabbed a notebook and scratched out the first rough sketch of what it would do and what it would look like.

Effects always play a heavy role in my sound design and I love finding new ways to use them. With The Cursible I wanted to take everything a step further by creating a module that would allow you to create multiple effects chains (up to 6) and then morph your signal through them. While working on the design (in collaboration with Erica Synths) we discovered other ways that the module could be used to great effect such as morphing / sequencing through cv / audio sources then added features that we thought would make the module even more useful such as the Stack and Piano modes.”

The module features various modes (Piano, Clock, CV, Manual, Random Manual, and CV+Clock), fill operation, and user-defined “morph” timing to allow you to adjust from click-less switching to long attack and decay times and everything in between. 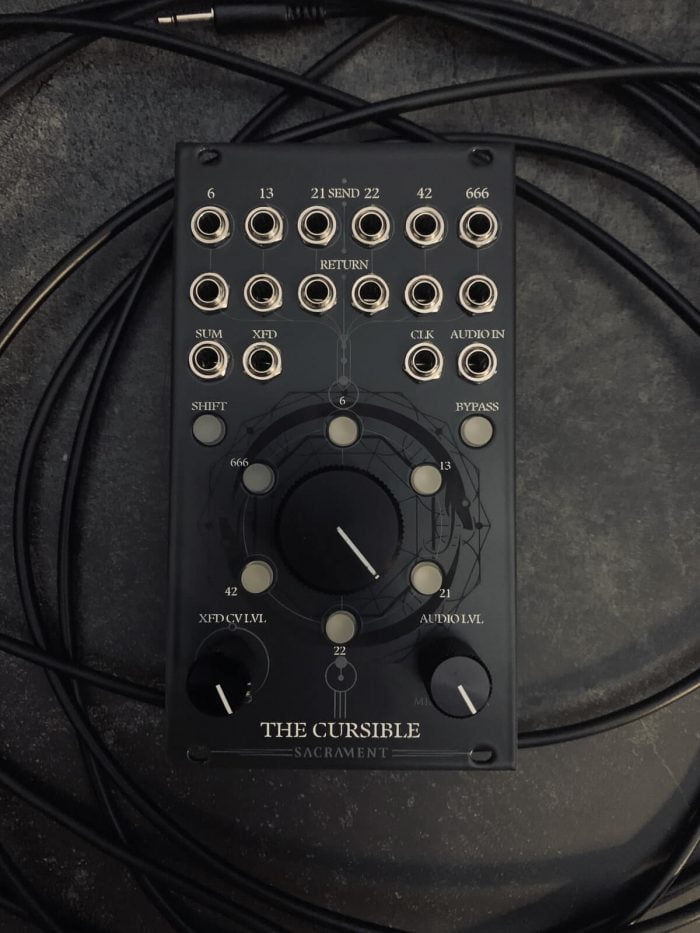 The Cursible is developed and manufactured by Erica Synths and with a successful crowdfunding campaign (150 pre-orders until February 22) will be available in early May.

The module has been made available for preorder now through an in-house crowdfunding campaign. It is priced 220 EUR ex. VAT and shipping. 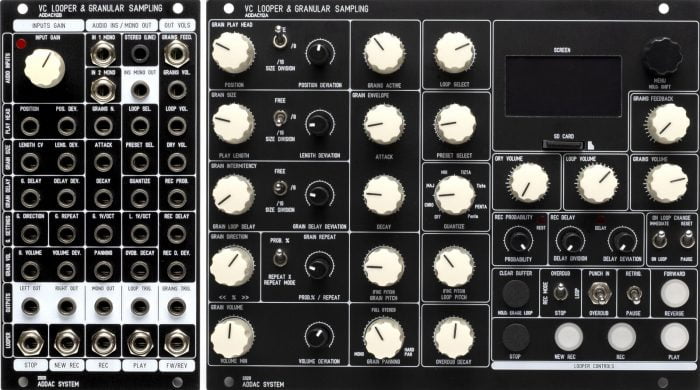 “There’s a long history behind the granular concept and many reinterpretations of its core principles, and this is our take on it,” comments ADDAC System founder André Gonçalves.

“In a loose description, digital granular refers to pieces of sound files being played at the same time with slight, or completely different parameters — originating what is commonly referred to as ‘granular clouds’. In our vision we added the possibility of extremely long buffer sizes — up to 5 minutes,. This allows “softer” approaches to the granular principle. using it as an effect that can generate both ‘accidental’ effects like slight ‘stutters’ to more extreme processing or complete transformation of any incoming audio signal.”

While the new ADDAC112 VC Looper & Granular Sampling module is deep both in its concept and capabilities, it is easy to grasp. All of its controls are in its dedicated panel, while its I/O is located on a separate panel. This allows allow no compromise, tactile control over performances both live and in the studio.

The module consists of three main sections: the Looper Engine, which is where all the ‘real-time’ recording happens. Multiple controls within the Looper Engine section allow users to record and play loops into a list so that samples may be accessed at any given time. Using the included SD Card, the Looper Engine can store a total of 99 loops per preset, and five minutes of sampling time can be shared for all loops loaded into a bank. Loops are saved as separate 16 bit, 44.1 kHz mono .WAV files

The Granular Engine features a deep set of controls, allowing a wide range of results. This section was designed to be fully hands-on, with all controls readily available on the front panel allowing for immediate playability. After a grain is initialized, the Granular Engine will read and calculate all parameters, continuously calculating new settings every times it starts playing. The Granular Engine feeds from whatever LOOP buffer is selected — therefore the size of any grain is dependent of the LOOP size

The third component of the ADDAC112 VC Looper & Granular Sampling module is the Output Mix Section. This section allows individual control over the dry Input, looper volume and grains volume so they can be summed and combined into the stereo outputs.

In addition to each of these three sections, all of the front panel control knobs have their own CV input, and all controls on the left block (ADDAC112) have a corresponding I/O matrix on the right block (ADDAC112B).

The new ADDAC112 VC Looper & Granular Sampling module will be shipping in late March for 540 EUR.