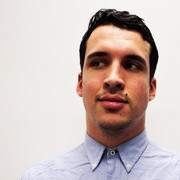 “For me, it’s not so much where it comes from but how you harness what you have,” says Dauwd Al Hilali. As Dauwd, the British producer makes music out of such seemingly disparate sources as old jazz records and field recordings from nature, among others. “Even something as flat sounding as vinyl crackle can have rhythm,” he explains.

Dauwd demonstrates his workflow in this Live Pack, downloadable from his label’s website, and recorded during a recent visit to the Ableton office in Berlin. 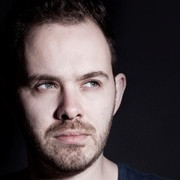 “I don’t have a plan B” says Ben Lukas Boysen – nor does he seem to need one. With a series of well-regarded albums as Hecq on Hymen Records, plus a busy schedule producing music for a number of high-profile advertising, film and gaming clients, Hecq has firmly established himself as a forward-thinking electronic musician and sophisticated sound designer.

Hecq’s brand new Live Pack is a distillation of his sound aesthetic – a modern update on classic IDM and glitch, infused with a healthy dose of dubstep elements. Featuring his trademark processed percussion sounds and rhythmic noise loops, punchy kicks and evocative filtered chords, Hecq’s Live Pack is a case study in precision, with each part occupying its own distinct sonic space but mixing beautifully with every other part.

Ableton has also posted a video in which Robot Koch of Jahcoozi shows how he creates his grooves with Live.