Gatis Ozols and Andrejs Eigus have announced the release of a Mac version of Anarchy Effects, the audio plug-ins bundle previously available from Anarchy Sound Software. 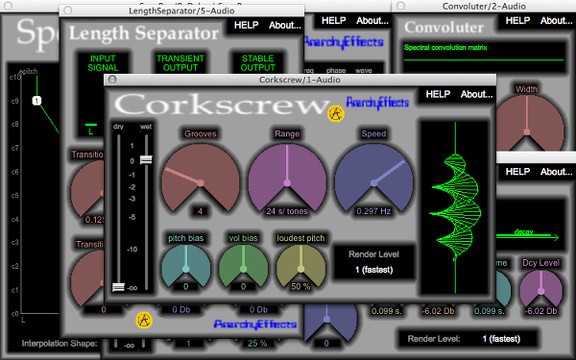 Anarchy Effects is a cross-platform bundle consisting of 5 audio plugins, each of which does a different novel form of frequency domain processing. VST versions now comply to VST 2.4 standard and plugins in different formats are available for both Mac and PC.

Anarchy Effects is available to download for Windows and Mac (VST/AU) under the GNU Lesser General Public License (LGPL).

Sinevibes launches a charity sale with its Multitude plug-in (Mac)