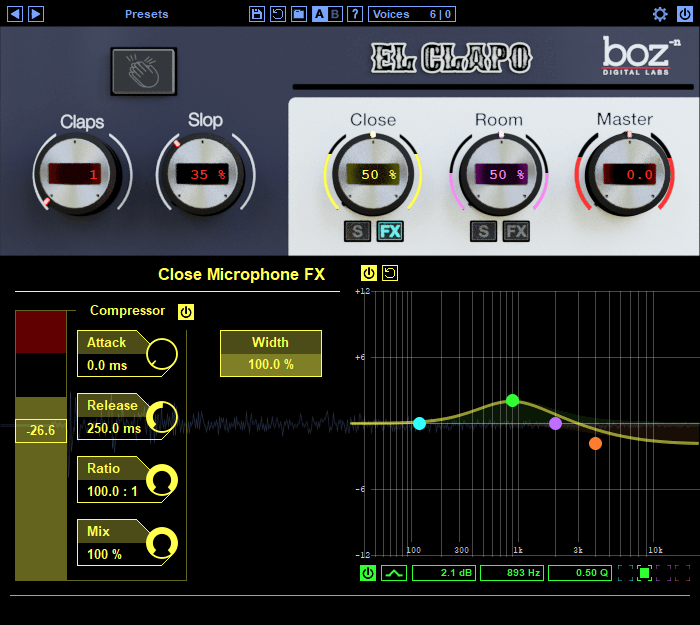 El Clapo is a one-of-a-kind plugin that can generate ultra-realistic handclap tracks, from a single intimate-sounding handclap, to a raucous mob of 150 head-bangers. El Clapo even lets you control how sober or intoxicated the crowd is with adjustable round-robin timing control.

The plugin is available from Boz Digital Labs and Plugin Boutique.