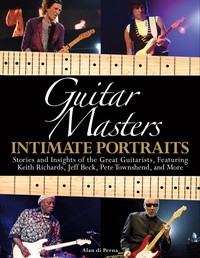 The guitar, particularly in its electric form, is the most influential instrument of the past 60 years.

Guitar Masters: Intimate Portraits by Alan di Perna spotlights the players who made it that way: the visionary talents and living legends who developed the sound and style of the electric guitar as we know it and love it.

As di Perna writes in his preface, “Much has been written – a good deal of it by me – about how the electric guitar changed the sound and essential nature of popular music in the middle years of the twentieth century, launching a counter culture youth revolution as a sideline. And much of this cultural history has focused on the tremendous advances in guitar technology that took place from roughly the 1930s to the 1970s, and the work of pioneers like Leo Fender, Ted McCarty, Paul Bigsby, Jim Marshall, Roger Mayer, and others.”

“All this is undeniably true,” di Perna concedes. “But none of it would mean a damn thing if it had not been for the visionary guitar players who adopted this fledgling technology and, each in his own way, made glorious, game-changing, populist, heart-wrenchingly beautiful art out of the stuff.” The stories di Perna tells are as diverse as they are inspiring, yet what each of these guitar masters shares is an unshakable dedication to his craft and a deeply intuitive connection with their chosen instrument.

Guitar Masters gives fans and players new insights into the lives and music of the guitarists who showed us what a guitar can sound like and how it can move us like no other instrument can. 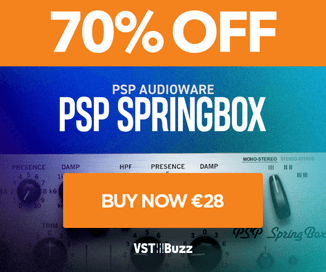