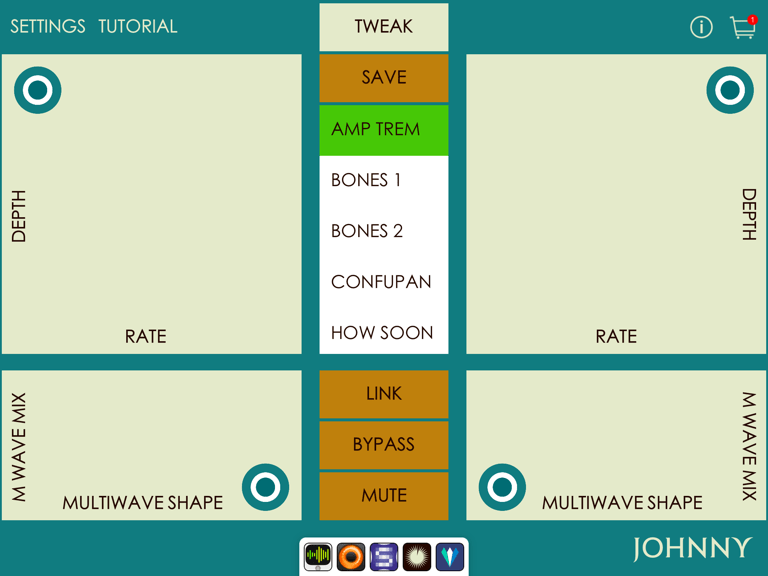 More than just a basic tremolo, Johnny is designed to produce a wide range of tones including classic guitar amp tremolo, vintage harmonic tremolo, phaser and univibe like tones, pulsating rhythmic patterns and more. A user can also modulate the rate of the main LFO with a second one to create interesting speed sweeps.

Johnny is designed to work nicely with guitar, but also to pair well with synths and vocals, and sound great when combined with other Holderness Media effects apps such as Crystalline in an Audiobus effect chain.

In addition to Audiobus, Johnny also works as an Inter-app Audio effect inside hosts such as Auria, Cubasis and Apple’s own Garageband.

Johnny for iPad is available for purchase for $4.99 USD at the iTunes App Store.