Homegrown Sounds has released version 1.4 of its Cassetto cassette based synthesizer instrument for Native Instruments Kontakt. 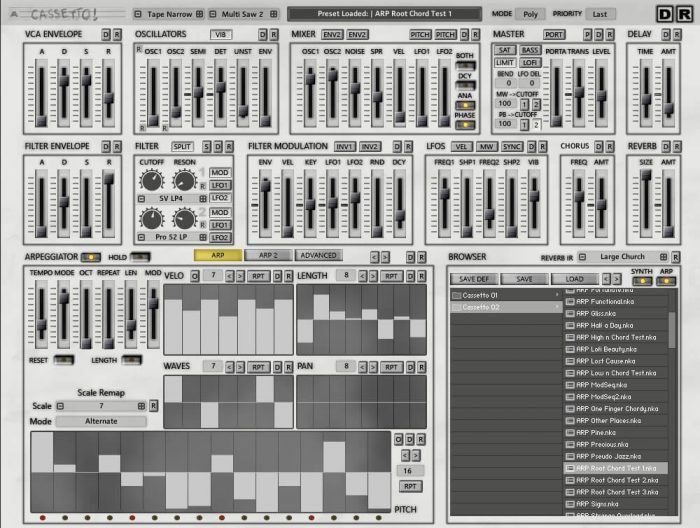 This update sees the introduction of a Microtonal System, Scales can be loaded via the inbuilt preset browser. There is also an online facility for converting Scala (*.scl) files to the Cassetto format. Over 300 scales are included covering a lot of territory.

Cassetto is available for just $14.99 USD in a group buy, which has been extended until December 1st, 2016. You will get 6 bonus products with a purchase during the group buy as well, with additional bonus items made available as more people join.