Modo Bass brings a completely new level of realism and playability to the world of virtual bass instruments. 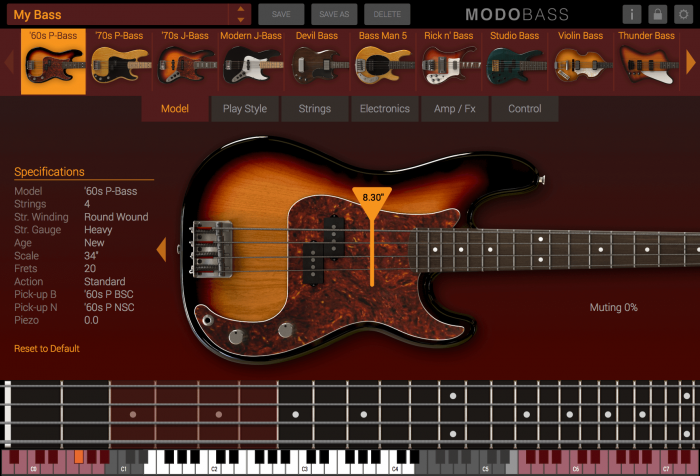 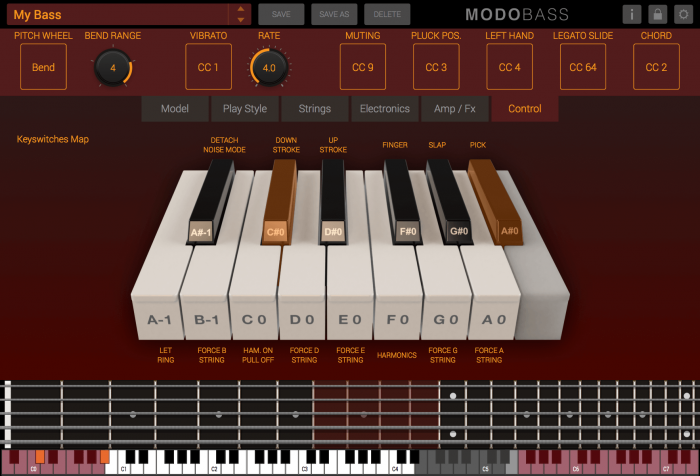 MODO BASS is a completely customisable physically modelled virtual bass that recreates the electric bass and how it’s played – from the physical instrument and everything that makes it sound the way it does, to the human technique of how the instrument is played and its sonic performance, to the entire sound signal chain – no detail is left out.

This pioneering approach to virtual instrument technology recreates the dynamic interaction between the player, the bass, effects chain and amplifier that until now has never been realized nor recreated with traditional virtual instruments. This intense evaluation and modelling process gives players and producers access to a limitless universe of bass sound, an unmatched level of playability and the most realistic, lifelike sounding dynamic performance. No other bass virtual instrument can even come close to offering what MODO BASS provides.

Eight years in the making and developed in collaboration with one of Europe’s oldest universities, MODO BASS utilizes a breakthrough technology to breathe life into bass tracks. Unlike traditional sample-based virtual instruments, MODO BASS utilizes modal synthesis technology and an ultra-optimized sound engine to model each string as a nonlinear resonator where the string’s acoustic behaviour is determined by its physical parameters as well as by the interaction of the string with fretboard, body and pick-ups of the instrument. The action of the player is then modelled as a nonlinear physical interaction with certain areas on the string surface. Then using IK’s cutting edge analog modelling expertise, the amp and effects rig of the electric bass is added to the sound chain.

All of this gives MODO BASS the ability to create sound in real time based on the construction and components of the bass combined with the player technique, finesse and the ever-changing dynamic interactions between the two. In short, MODO BASS brings – for the first time – ever-changing, hyper-realistic, living-breathing bass sound and performance to the world of virtual instruments. And since it doesn’t use samples, MODO BASS has an extremely small memory footprint.

You can preorder Modo Bass today from the IK Online store at the introductory price of 149.99 EUR/USD. All prices ex. taxes.