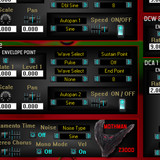 The Mothman Z-3000 is the newest sibling of the Mothman synthesizers and this one is the best one yet. It’s a 16 voice polyphonic synthesizer that features two Phase Distortion DCOs, two DCWs, and two DCAs all six feature the famous 8 point envelope section that made the CZ synthesizer so famous. You have the ability to make some of the most complex waveforms you’ve ever heard.

It also has the stereo chorus, noise and LFO just like the original CZ-3000. Also, there’s an added switchable velocity feature that gives greater expression than the original CZ, and an added analog style filter on DCA2 to give even more sound options. You can also pan the different DCOs to give more stereo fx. But other than that, I kept it pretty faithful to the original synth. Programming is very similar to the original CZs, the only difference being that on each 8 stage envelope there is a “scale” feature, which acts like a master envelope control to quickly lower or raise the length of the envelope all around without changing each one individually. You can even use the original Casio CZ-3000 Manual to understand the concepts behind programming this VST.

There are 64 preset slots with 18 presets already created. The sound of this synth is very similar to the real thing. Real phase distortion synthesis is used, real eight point envelopes and a cool “Mothman” design make this synth a must have addition to your VST library.

Mothman Z3000 is available to purchase as a VST instrument plug-in for Windows PC, priced at $24 USD. 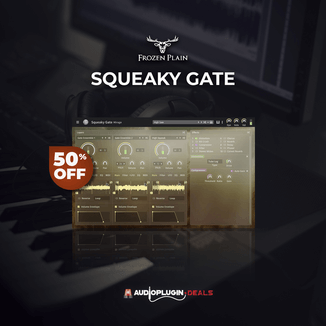