Kazrog has announced the upcoming launch of KClip 2 and KClip 2 Pro, a sequel and enhanced version, respectively, to the mastering clipper plugin for Windows and Mac. 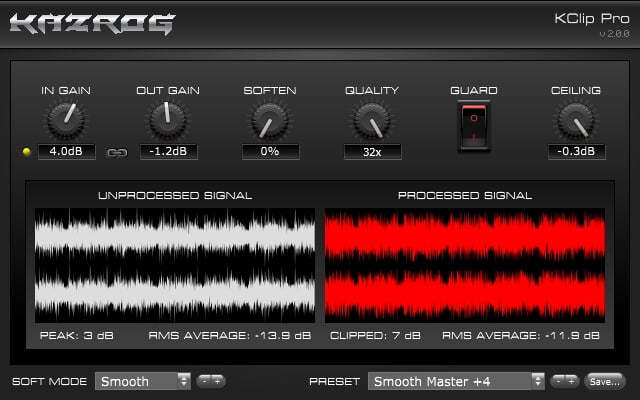