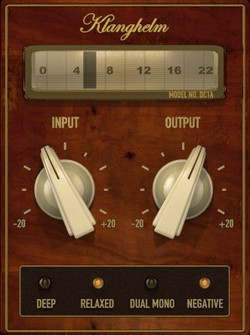 DC1A 2 offers a few more tricks than its predecessor, such as compression with negative ratios and dual mono operation. Since the sound has changed, DC1A 2 has a new plugin id, so that you’re able to use V1 alongside with V2 in your projects.

DC8C has been updated too.

DC1A is available to download as freeware, DC8C costs 20 EUR. The update is free for current users.